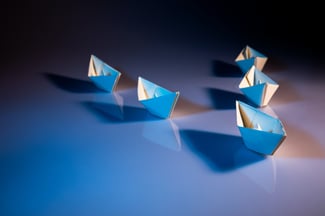 One of the most important parts of my life is to be a coach.

I coach my sons football team.

I’m a chair of governors at an alternative provision school which will involve coaching other governors who are newer to being governors than me.

I have three teenage children. They need coaching the most.

I have no formal qualifications to coach (apart from a level 1 FA football coaching qualification) but I have been coached a lot.

My wife coaches me almost every single day.

I think that coaching and offering to coach is one of the greatest ways that you can change the world but the problem is this and a quote from one of Seth’s recent blogs “If you decide to become a coach, realise that most of your prospects will be people who don’t think they need a coach. (Because the people who want and need a coach already have one)”.

One of the things I would like to do over the next 10-15 years is share my and our experience in trying to build an independent dental practice.

Here is the thing about coaching though.

“The client does the work”.

The purpose of coaching on a business course is to bring together a group of people who are keen and motivated to learn and then to allow them to be coached and coach themselves.

That seems like no value at all but if you ask anyone who decided to do that with us on previous courses, you’ll find that the value is enormous.

I was on a bike ride recently with one of the people who had previously done our business course (first cohort). I found him trying to coach me on stuff that we taught him on the business course which I readily accepted and smiled on the inside thinking “my job here is done”.

This year Hayley and I are about to embark on some more coaching in our leadership abilities and qualities to help move the business forwards and we’re paying for that.

What coaching are you paying for and if you are not, why not?