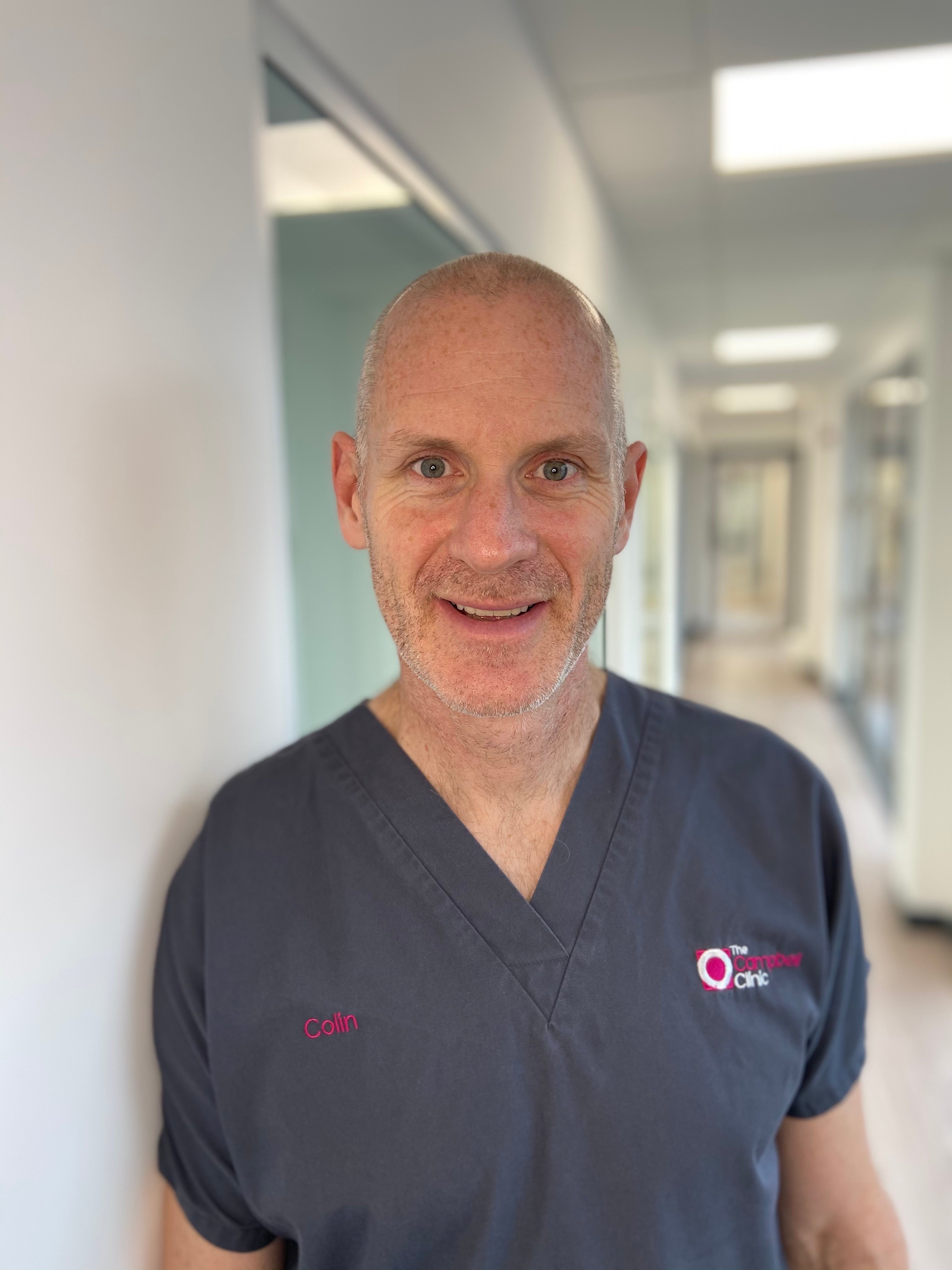 Colin is a dentist originally from the West coast of Scotland. He graduated from the University of Glasgow with a degree in Dentistry in 1994 and in 1997 became a fellow of the Royal College of Surgeons of Edinburgh by examination. Colin entered practice in 1997 as a Vocational Dental Practitioner and began to build up a referral service in Oral surgery and Implant dentistry.

In 2005 Colin was elected to fellowship of the International Team of Implantology which is now a network of 16,000 practitioners worldwide with 1,000 fellows. In the UK, there are 1,000 members and approximately 60 fellows. The ITI promotes implant dentistry through research, education, and development. Colin has sat on a leadership team as the UK and Ireland ITI Communications Officer and been involved in the organisation of major conferences and many courses on behalf of the ITI.

Currently Colin’s main job is the owner and Clinical Director of The Campbell Clinic in Nottingham, which is a multidisciplinary specialist practice, providing treatment in many aspects of dentistry, but overwhelmingly implant dentistry. Colin has placed over 5,000 dental implants and restored thousands of dental implants previously. His work is now limited to implant and oral surgery.

Colin is also the founder and Clinical Director of The Campbell Academy, which is an implant education organisation based in The Campbell Clinic facility in Nottingham.

In 2020 The Campbell Clinic moved to a purpose-built facility in Nottingham which provides an exceptional clinical and teaching environment.

Colin has lectured in implant dentistry and oral surgery nationally and internationally now for over 20 years and provided thousands and thousands of hours of education. He has provided expert witnesses in medical legal cases of a criminal, civil and regulatory nature, and is called upon to give expert advice in many areas of oral and implant surgery frequently.