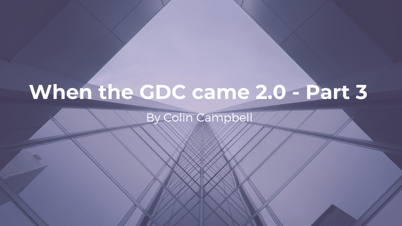 The anatomy of a vexatious complaint

Following on from part 2, I had agreed with the patient in question a specific action point.

The patient had requested a referral to an institution which would not accept referral from this patient.

Referrals were declined by this institution based on geography and on the fact that they would only accept patients under NHS arrangements on an NHS waiting list which was incredibly long.

Despite the protestations of the patient that they had contacted the institution itself and that they were happy to see people privately at short notice, they refused and we spent a considerable time trying to access this information.

We did, however, with much research manage to access another individual within a reasonable geographical proximity who was deemed to be qualified to provide another opinion for the patient.

I remember sitting in my car with my son at football training trying to negotiate this appointment as quickly as possible and ensuring that it was paid for.

The patient saw the individual in question and the outcome was extremely favourable in terms of their comments on the level of care that the patient had already received.

The patient was offered additional treatment for another problem in their mouth which was not related to the work that was previously carried out and expressed delight at how well they had been treated by the new individual remedial treating clinician.

At this point I felt delighted that we had managed to secure care for the patient and that perhaps the breakdown in the relationship that the patient felt had occurred between The Campbell Clinic and themselves had been overcome by securing a clinical relationship elsewhere for which the patient was satisfied.

This was not the case.

It’s worth remembering at this point that the patient had suffered what can only be considered to be mild discomfort and irritation related to the previous treatment that had been carried out over a period of some time.

The symptoms had seemed to escalate a few weeks before I had seen the patient in February to the point where they were suffering significant discomfort requiring urgent care. Following the appointment with me on the 3rd February 2020 and me accessing the patient additional care; we continued to receive extraordinary amounts of communication from the patient either via email or telephone.

On the 25th February, immediately following the staff meeting I was handed a formal patient complaint by one of my team.

This complaint was 72 pages long in two bound volumes.

I will not detail the full extent of the complaint here except to say that the patient requested a level of compensation valued at £174,825.

For me as a clinician who had seen the patient on one occasion for one hour and provided no operative dentistry of any kind but happened to be the clinical lead of The Campbell Clinic; I was subject to a complaint valued £50,000 + £24,825 for the provision of remedial treatment care.

Two other clinicians at specialist/ expert level in my clinic were subject to individual £50,000 complaints, rising to the total of £174,825.

We were informed in that complaint that should we not settle it would be taken further.

It was taken further.

In discussion with my legal advisor at the receipt of this complaint, their response was to laugh out loud immediately when they heard the cost involved.

It’s easy to laugh at the start but when you have experience of these cases such as I do; you know what’s coming and you know what time is involved and the stress involved in dealing with something as significant as this.

And so, just two weeks into occupation of our wonderful new facility I was looking down the barrel of a 72 page and hundreds of thousands of pounds complaint.