Windows for digital dentistry (a note to the dental industry) 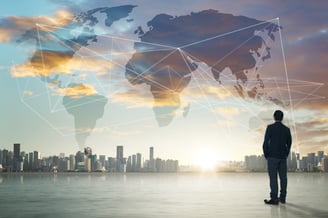 What we would like, what we are craving for, and likely would pay for, is the equivalent of a windows programme of digital dentistry.

When Bill Gates tried to sell his windows platform to IBM for $50.000, people thought it was madness and it would disrupt their control over the commercial aspects of their business.

Over 30 years later, we’re back in the same position and Bill Gates is given 20 billion dollars of this fortune away to good causes!!

Everybody’s building these things based on a commercial model and forgetting about the users experience and the trust and the real clever thing to do would be to focus on the latter.

Imagine a system where you opened up your PC and it connected to all the aspects in your practice and you could control it from there. You could view all the images, manipulate, plan and execute from that one programme.

Google understood this when they designed Chrome, and Gates understood it when he designed Windows.

It is clearly not beyond the wit of man to build a strategy towards that and make It work.

First though, start with trust, then usability, then comes extraordinary profit (then give it to charity like Gates).