Why sport matters (to me) 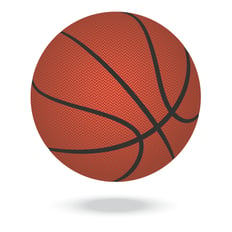 Matthew Syed writes much more clearly and much more eloquently than I do about this matter, but the sentiment is the same.

If we can manage to disregard (at least to some degree) the ridiculous, decedent, overfunding of male football, particularly in the premier league, then we could explore properly, why humans love sport.

More than that, we could explore why sport is so important (at least in my opinion) in the development of the younger members in society.

Before I get in to trouble, it’s worth mentioning here that I am not singling out people who are “good at sport”, in suggesting that people should be considered to be more successful, I’m talking about sport for all and lessons that can be learned by encouraging everyone to find some sort of sport or sport associated activity, that fit’s for them and brings them on as a person.

So, a couple of examples would be in order here;

It’s half time, and we’re losing, but not by many and John Ward (our inspirational coach, PE teacher and assistant head teacher) gives the team a talk of a lifetime.

“what is about to happen in the next 20 minutes is more important than your higher maths or higher English or higher, any subject you like to choose”

I can’t tell you much about my higher maths or higher English, but I can tell you that part way through the second half, our captain, Robert Murdoch, was fouled out and I was brought back in to the game (having played a lot of the games so far) as we passed each other on my way onto the court, Robert said to me “play like a captain” – he was the captain handing the mantle of the captain to me.

We went on to win the game, and I can’t remember what happened in my higher maths and higher English!

Fast forward 30 years, to watching my sons cup final a few weeks ago and I saw multiple exchanges of the same nature during that game for 11 year old boys, who learned much in the normal time, in the extra time and in the penalties and much in the celebrations too.

Sport teaches us lessons in life.

It teaches us how to pick ourselves up when things don’t go our way, even though we expected them to and allows us to make friends and alliances with people that we would have never of known and never of met.

I was lucky enough (one of the greatest privileges of my life) to play and captain my country at under 15’s and under 17’s basketball.

It is not overstating the fact that sport got me in to university. I would have never of been the person I am now, or have gone to the places that I have gone with out the sport that I competed in.

I found my way in basketball. I was cast aside from football, not good enough, not cool enough, not one of the gang.

I found my way into basketball and that’s what worked for me.

It’s worth understanding the advantages of competitive sport for your children, both when they learn to win, but also in the very hard lessons that it teaches as a means of survival and resilience, because god knows when you get in to the “real world” they’re going to need that.