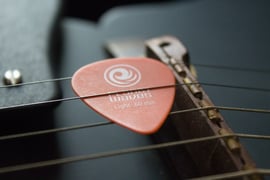 After The Campbell Clinic/Academy Charity ball on Saturday (much more about that next week). I was struck at the end of the night as there was still loads of people dancing in the early hours of Sunday morning.

It made me think about the tunes we dance to and how we choose when we stand up and when we don’t.

Most people on the dance floor were there because other people were there, because they felt together and didn’t feel alone.

Some of the tunes brought back memories of times that were great and some people were dancing because it just felt good to dance and because they hadn’t had the chance to dance for some time.

Deciding when to stand up, who to stand up with and why, is so, so important now and such an important thing for me to teach my children.

Not standing up though, deciding not to take the risk of putting yourself out there, that’s worse most of the time.

That’s fear and sadness and concern that you might be shown up for doing something that you’re not used to doing or that people didn’t expect.

I can’t dance anymore because my left leg just won’t put up with it but I did anyway and took the pain (literally) the next day.

I danced to songs I wouldn’t normally dance to and I loved it and I won’t forget.

We were dancing to our tune on Saturday night, not anybody else’s.