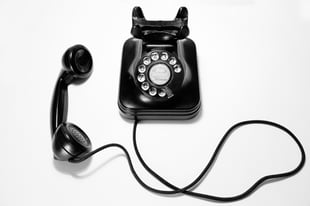 I’ve decided for various reasons to return back to ‘To Sell Is Human’ by Daniel H.Pink.

We’re all in sales now.

Almost everybody's job (apart from the most dull and repetitive) involve convincing and cajoling and manipulating and requesting and manoeuvring.

Whether we like it or not their ability to interact with the people around us to get the best outcomes that we desire is non-sales selling.

It’s easier, it seems to sit passively and let the world happen to you but in the end, generally, the thing that happens to you is terrible and you wish you’d been more proactive.

Some of it is natural and some of it is learnt but there is no question that non-sales selling is a skill that you can work on and mostly involves keeping your temper and using empathy to understand other peoples situation.

In healthcare it’s absolutely critical and in fact it’s the added value that sets you apart from other people in the work that you provide.

In a recent interaction with our GP practice, Rosie (my youngest daughter and middle child) had to request a form to be signed after an accident on a horse which was stopping her competing until a doctor would sign to say that she did not suffer a concussion injury.

She approach our local GP practice and asked if they’d be able to provide this and the interaction from the GP receptionist was so terrible and brutal that my wife hung up the phone.

They were asking for one hundred pounds for a medical to sign Rosie off as fit to compete and when my wife asked what the medical involved, she was informed “that she would not be told that over the phone and did she want to make an appointment”.

She didn’t want to make an appointment and was therefore cut off.

For people who have no requirement to be nice to anyone (many GP’s at the present time), they may have a sharp shock coming when non-sales selling becomes a requirement.