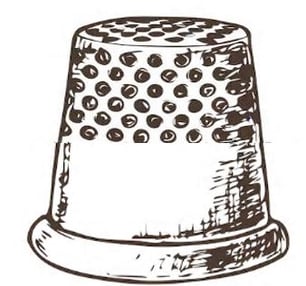 Chris came to see us in week before we were due to open.

He was teaching marketing to our Year One implant course as he always does.

It is about 10 years now since I first met Chris and he started to teach me about the business of dentistry from a standing start in knowing nothing.

It has been a long time since he “formally coached” me, but the blog that he wrote the day after he saw me was beautiful and it summed up what happens when I meet him because we generally just pick up the conversation from where we left off, sometimes months.

Chris’ DNA is in the building that we are opening. He helped me name the clinic on a trip back from Alfreton to Nottingham, more years ago than I can possibly remember.

Discussions about “The Cube” were frequent and detailed all those years ago.

If you have never been coached in dental business, you should pick up the phone and ask to be, it will only make you better.

I showed Chris round, first the site (all 3 buildings) on the outside but the inside of the clinic.

I have the upper hand in these tours now because I feel less sick when I go in and I’ve obviously seen it before.

There is a pattern that happens when I take people around.

They are generally impressed by the outside of the building and what it looks like.

Then they go inside…

They get quieter as they walk round.

Then we go upstairs.

I have done this a few times now with my team and some other people from the industry (and my mum and dad).

The affect has pretty much been universal.

By the time we get to the academy, which is usually the last part I show, people stopped talking a while ago.

I first noticed this when I took my friend (and now Sales and Business Development Manager), Carl Dunstan round. It was a little bit un-nerving because usually Carl and I would talk to each other all the time, I am kind of used to it now.

As me and Chris stood in the academy, I spoke to him about the money side of the project, but Chris gets it, he had full visibility of the whole financial situation in the practice and what we did to develop all through the coaching stuff.

We were stood beside the lectern at TCA and he said, “you’ve landed on the moon with a thimble full of fuel left.” I am not sure it is quite as much as a thimble.

But we have landed on the moon.