The value of yes 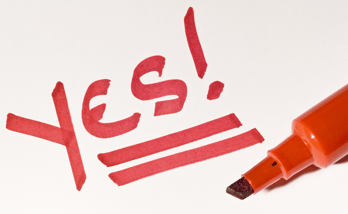 In the protectionist environment that we find ourselves in now where everybody is trying to look after what they had or what they can get the most valuable thing is yes (and obviously then no).

Saying yes to someone and making a promise will take valuable resources, particularly time and that is finite.

Breaking a promise is far worse than not making a promise and explaining to someone that in the current circumstances you’re so busy that it’s impossible to help them at the moment but you’d be happy to help them later is a far wiser approach than just saying yes.

Yes as a default response, in the end is an unsustainable model which will lead to a loss of reputation and relationship which might never be recovered.