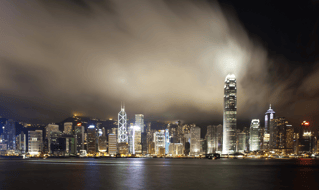 A scene is a thing that’s living and breathing.

A collection of people who think the same thing, who are heading in the same direction and who create extraordinary things.

The easiest way to think of these is as a music scene such as Andy Warhol had in New York in the 1960’s or the psychedelic scene of London at a similar sort of time.

When you list the bands that emerged from these scenes it’s clear that they foiled off each other to produce greater and greater things.

Tolkien and C.S. Lewis also had an author scene which led to the production of the Narnia books and Lord of The Rings amongst other things.

The Solvay conferences which were started in 1911 by Ernest Solvay are also an extraordinary scene in science.

The first in 1911 brought together a group of phenomenal physicists, many of whom went on to win Nobel prizes, who changed the face of the world.

By the time the 1927 5th Solvay conference took place, they had basically described Quantum theory, Albert Einstein had grown from a boy to a man and Marie-Curie had been the first woman to win a Nobel prize and the first person to win two Nobel prizes.

One of my musical heroes Frank Turner created a scene at a bar in London which led to the creation of bands and music that would never have happened otherwise.

Scenes exist all over the place, they are a collection of like-minded people heading in the right direction, who inspire each other to a sum greater than their parts.

Which scene are you in?

Which scene are you starting?