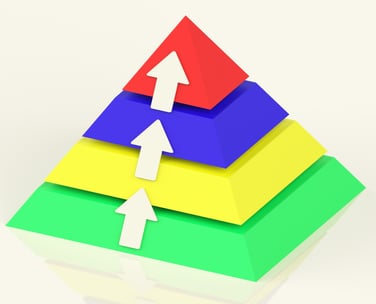 I guess this is a bit like Abraham Maslow and his hierarchy of needs.

I think you build your principles like a pyramid with a solid foundation and building upwards to more complex and intricate considerations.

At the bottom of the pyramid though, is stealing and lying and deliberately hurting people.

Sometimes we all think the urge to lie is the simplest and easiest way out, but systematically lying for your own benefit, over a long period of time is difficult to see past.

Deliberately hurting someone is more common than you might think, it’s not just physically assaulting someone, it’s physically damaging someone for your own benefits and all too often and more and more frequently I see this in my work as well as outside of work.

Appreciating that we all make mistakes, it’s generally the best possible way to burn bridges, is to remove one of the fundamental blocks from the bottom of the pyramid and watch the rest of it tumble.

Interestingly I think everyone’s principle pyramid is different, those are the three main blocks at the bottom of mine.