The peter principle and other more important matters 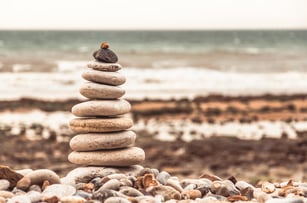 My friend and now colleague of more than one year, Carl Dunstan, sent me through the link for the podcast for the Peter principle on BBC and the link is here. It’s 14 minutes and it’s really, really worth listening to for anyone who is trying to run their own business.

The wikipedia page for the Peter principle is also here and although you can read it for yourself, it basically explains that Laurence J.Peter wrote a book in 1969 outlining the Peter principle which has been sighted and copied on many, many occasions.

The principle of the peter principle is that all employees are promoted to the point within competence.

It means that if you’re good at your job you’ll be pushed up the ladder to another job until you’re not good at it and therefore will achieve no promotion anymore and therefore the people in the higher parts of the organisation are, by definition, incompetent at theirs jobs.

Never was this more true than for me and never was it more true for many, many people who I know, who are very good dentists (not me, I’m average) but felt that, that meant that they would be able to run dental practices and dental businesses and therefore promoted themselves.

As soon as we start to feel out of our depth we are in the wrong place and have been promoted beyond incompetence and the best thing to do with people at any level of your organisation is to have them in the sweet spot of competence and stimulation.

The Campbell Clinic and Campbell Academy have a pretty solid organisational structure which encompasses 5 people in the senior leadership team:


I am the Clinical Director because I am able to direct things clinically because I have a competence in that area (by accident I’m also the chairman).

Hayley is the Managing Director and Operations Director within the organisation because she is utterly brilliant at that and does not ever look as if she’s out of her competency zone.

Charlotte is the Finance Director because she is utterly brilliant at finance and doesn’t really want to do anything else other than finance.

Tom is Marketing Director and Academy Director because he grew up doing this and has learnt how to do it and although at times is very busy, is within his competency zone.

Last year we brought Carl in and he became Sales and Business Development Manager.

Choosing why and how people advance within your business is a little bit more complicated than just making them ‘senior dental nurse’.

Peoples triggers are different and their idea of achievement is completely different from one person to another.

The right peg in the right hole is much more important than just shovelling money and titles at people in the hope that they will somehow figure out how to do a job for which they are not appropriate.

I think I need to be demoted.