The false comfort of new normals 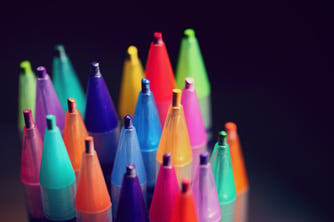 I was driving to pick Callum up from football training last night and Wales were playing Belgium.

On the Radio on Five Live there was a female football summariser (I didn’t catch her name) alongside her male counterpart, giving excellent in-depth detailed analysis of what was going on which seemed very relevant and clever and intelligent and entertaining.

When Callum and I got back from football training we turned on Sky (I've just got Sky after 20 years) and there was a female presenter on Sky with her male counterparts doing the same thing.

It struck me that this was not only fantastic but now entirely normal and something which would probably have been thought of as out of the ordinary or even unthinkable 5-10 years ago.

This will, of course, not change the views of entrenched sexist and misogynistic football fans of older generations, but is entirely and utterly normal to a young 13 year-old football player like Callum.

The risk though, with things like this, is that we become comfortable that changes occurred and don’t continue to seek out more and better change and again I reflected on the same sort of thing as I sat at my desk today at the practice.

It’s fair to say that the next few days are absolutely bat sh*t crazy for me, in terms of a pre-made schedule of my own making which I’ll talk more about in future posts.

But today I got into the practice early to try and box off some high-level patient admin before meeting delegates for our Aesthetic course and speaking on the course for the first hour to introduce people to why we have a course in Aesthetic Implant dentistry and why we teach type 2 implant dentistry instead of immediate anterior placements (which we probably always will) but then I realised that I was speaking this afternoon on GBR and went through my presentation for that.

And so, five years ago I would have re-written that presentation time and time again, starting from scratch and making it different so it entertained me but that is not the point.

About 7 years ago we set the Academy up as a Dropbox business so that every presentation we’ve ever provided is in dropbox, including last years GBR presentation which Beatriz and I developed for the Aesthetic course.

Nothing has moved on in straightforward GBR since then and the presentation was brilliant last year so why wouldn’t it be brilliant today.

I downloaded it to my laptop on smart sync from Dropbox and then got on with the rest of the crazy bat sh*t stuff from today which included blog dictating, digital case planning, meeting two different sponsors for The Academy and then providing the lectures and practicals on GBR before I get packed for a trip abroad for more GBR stuff.

The point is that this is now normal and my ability to just download a presentation out of the thousands we have in the library just seems like normal work.

The risk is that now I’m done I can just ‘coast’ along like this.

Systems that are working are comfortable but will soon become old and redundant.

Just because it’s right today doesn’t mean it will be right tomorrow.