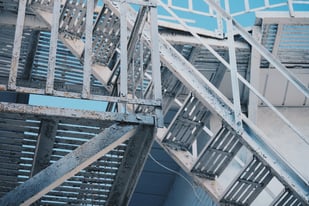 Undoubtedly there will be some sort of psychological name for this process but to me it’s just ‘the escape plan’.

It’s building a narrative or a model of what you’ll do in the absolute worst case scenario.

Last year at the start of the pandemic I did a webinar for Straumann called ‘Monopoly for dentists’ or something similar, where I talked about absolute fixed costs per month.

Although my financial circumstances were very different to many other people, and in particular in my business which received no regular monthly income to speak of (unlike many private dental practices), it was clear to me that my escape plan from the financial implication of the early stages of the pandemic was to spend as little as possible.

It’s why I have a broken toothbrush handle on my desk at work. Ask me about that if you’re ever here.

The escape plan applies to lots of different scenarios though, and when it’s well constructed and embedded; it acts as a kind of crutch for when people throw the bad stuff at you.

You can always revert back to ‘the escape plan’ and understand what will happen in the worst possible case.

Once you have that, everything else starts to look a little bit less difficult.