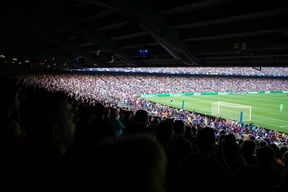 Much laughing up sleeves at the excitement that I felt at the start of Scotlands championship and in the WhatsApp messages gloating at the result from people delighted to see the failure.

And so, the outcome is that I remember vividly the penalty shootout where Scotland qualified for the EURO’s and David Marshall’s save.

I remember hugging my then 11 year old son and the delight that we had from qualifying for a major championship.

Turning disappointment into hope and forward movement is learnt in many ways throughout life.

Never more in being a Scotland supporter.