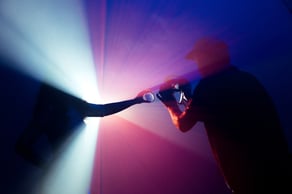 Money is like sugar, a little is too much and then a lot is never enough.

I don’t think, deep deep down, we want more, I think we want peace.

We fight wars for peace.

We save money for a rainy day (at least some of us do) so that we can sleep easy in our bed at night knowing if the wheels fall off we can be at peace.

We try to educate our children so that they have a future so that we feel at peace. We crave peace and safety.

When we get near to getting it though, it’s not enough.

And so, we need to be richer or fitter or more beautiful or consume more.

The UK has not properly been to war on any scale since the middle of the last century and we’ve spent our peace by getting fat and entitled and manipulating ourselves for beauty.

In order for some people to get richer, we peddle sugar like giving cocaine to drug addicts until two thirds of the adult population of the country are overweight or obese and a third of the children who are leaving school are.

A third of the children who are leaving school are!

We give filters to children on social media so they can modify their looks to be more beautiful and we have a thousand channels on television 24 hours a day so we never miss a box set.

Success seems to have become as much consumption as possible (demonstrated to our neighbours) combined with manufactured beauty which we can post on the super computer in our pockets while gorging on a unfettered amount of television.

There is just that knowing feeling though that we’re not spending our peace wisely and we’re going to wish that we did better at mending the roof while the sun was shining.

I’ve never been one for ‘that’s just how it is’ and I struggle to accept that this is how it should be.

Two doors along from the new practice they gave planning permission for a ‘commercial centre’, they built an Aldi and then in the space around it allowed a McDonald’s, Greggs, Subway and a drive thru Costa.

That’s not really the actions of a society that that’s heading in the right direction.