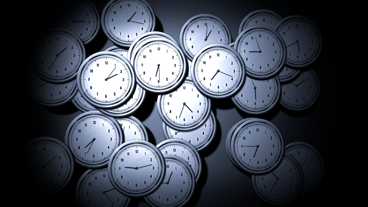 Previously I’ve written about mental fiscal drag, that is the situation where you’re sat in front of a customer (patient) and you have a price in your head for what you want to sell.

Due to a lack of confidence or a problem with money or selling (this is something which I have suffered with my whole career), the price that comes out your mouth is not the price in your head.

This is a fascinating psychological situation where your voice betrays what your conscience would like to do.

Today in conversation with my family, in this new ‘normal’ that we find ourselves in, Grace and I invented the phenomenon of mental chronological drag.

Keep reading because you will be interested in this.

In your mind, it was years ago but it was only 12 weeks.

A month before the Brexit day on the 31st January, where all of us were paying attention to something else entirely.

On the day of Brexit, the first case was identified in Italy. That was the 31st of January. That was 52 days ago.

The second case in Italy was identified on the 20th February.

There is another Blog post perhaps on the topic of the gap between the first and the second which I’ve had with University Professors, which is fascinating.

The second case in Italy was identified 32 days ago.

As I write this blog today, Italy has been on lock-down for 2 weeks, not 2 years.

This outbreak, this pandemic is unlike anything we have ever seen but the reasons for that are not entirely medical.

Firstly, as I speak today it appears that Italy has ‘gone over the hump’.

Many more people will die, many more people will become infected and many more businesses will fail but if this is the other side for Italy and there is no rebound (see below) it’s taken a 2 week shutdown in Italy after a 3 week lag to identify the second case, before their starting to win.

Today, china announced that Wuhan is being unlocked.

The initial epicentre of the outbreak is being unlocked back to aspect of normality, less than 3 months after the first case identification.

This is a blog about Factfulness, which is the book by Hans Rosling.

Fight the enemy you see if front of you, not the imaginary enemy in the background.

What has made this different to Swine Flu, is media and social media.

What has made this different is fear and terror.

The situation we find ourselves in is awful, and the risks to professionals who work in the head and neck area as a result of the AGP’s (Aerosol Generating Procedures) has to be broken down and considered and acted upon, firstly with only the safety of the individuals in mind and secondly on any evidence that we have available.

But the most important thing to remember is we’ve not been fighting this battle for years (yet), I have had arguments in my house with my family about how long this has been going on and I consider them to be quite well informed.

Sadly, we seem to be existing in two separate worlds; the world which is absolutely beside itself with panic and the world of people who think it’s ok to go to Skegness at the weekend with their mates.

I am still of the view that the best way to deal with this, is with a calm head and cool leadership, reacting to the challenges in front of us on a day to day basis and fighting the enemy we can see.

Amazingly (for me) I think the British government are still doing that, the difficulty is the public's reaction.

I closed my practice yesterday, seven weeks after it opened. I sent staff in tears away, in one of the hardest days of my professional career.

I expect to see every single one of them back there again at the other side of this, to pick up the pieces we left behind and to start again.

If we have a sensible approach now, one not based on panic, neither based on naivety, we can all do the same and relish in all the wonderful, altruistic things that people have done in the meantime.

Keep your chin up, the sun is smiling, and the likelihood is that you and your family are safe, that has to be the best building block for doing something else.