Let the battle commence - the future of dentistry 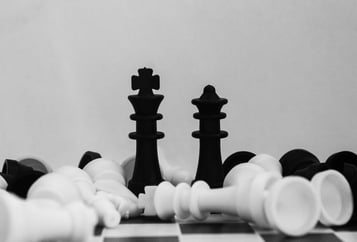 On Tuesday night our peer review group that we host at the practice met to discuss ‘the future of dentistry’.

We were privileged to be able to host Simon Thackeray who is well known to most in dentistry for his work in medical legal spheres, his law degree, his work with the CQC and GDC but also as one of the members of the BAPD.

We also had Jason Wong, who is a partner of a 12 surgery practice in Grantham but also happens to be the deputy chief dental officer for England (although he was not in attendance in that capacity in any shape or form and he attended as a local referring general dental practitioner).

We were able to have a closed group discussion with around 20 people about everything that we’d seen or heard over the past 18 months and what we felt was going to happen next.

Jason gave great insights into the history of contract reform from 2009 in NHS dentistry (or lack of contract reform) which he’s been involved in through the whole dental committee and other political aspects.

After some discussion it became clear to everyone that 5 years from now NHS dentistry will look fundamentally and entirely different to the way it does today.

As a group we tried to factor in the impact of 13 million people on NHS waiting lists (many of whom are requiring oral surgery) and what society might look like 5 years after the situation we’re in now, with what will almost certainly be a conservative government.

We briefly touched on education but also the lack of dentists and subsequently dental associates and how that is likely to have a significant impact on the provision of care.

We’ve spent a long time talking about the impact that the current crisis and the future crisis will have on dental teams and DCP’s and how that will effect dental practices overall.

It’s almost certainly the case that the number of dental nurses, hygienists, receptionists will fall in dentistry and as they fall market forces will apply and the cost of them will increase.

It kind of looks like the cost of associates will increase too in many areas and this means that the ability to provide dentistry the way you did before will become more expensive.

If you’re a practice owner, that will mean either putting up your prices or lowering your wages but that might be something that’s difficult to do if you’re running an NHS contract.

Where there is crisis there is always opportunity and it’s clear that there’s an opportunity in private dentistry at the present time to leverage the situation.

More and more of the middle class will move to private dentistry and an attitude that understands that they have to pay for dentistry, but the biggest and most frightening aspect of all is what will happen to the most vulnerable in society.

It seemed clear to us on Tuesday night that the most important thing is to define what NHS dentistry is supposed to provide.

The government can then contract NHS dentistry at whichever level it wants but it first must decide what it wants.

It's simply not good enough for people in the government and in the bureaucracy of healthcare to be anything other than entirely clear as to what NHS dentistry is expected to provide.

I’ve heard in Scotland there is to be a national debate on what the NHS should pay for, I think that’s one of the best ideas I’ve heard for the longest time.

It’s not fine for any society to neglect it’s most vulnerable but if that is the role that NHS dentistry is supposed to provide in the eyes of the government then they should tell us that so at least as a profession we might decide to try to do something else.

It’s past the day where dentists should apologise for being unclear about what NHS dentistry is supposed to provide.

First, we need to be given a very clear understanding of what the government wants and following that we’ll be able to decide how to provide it.