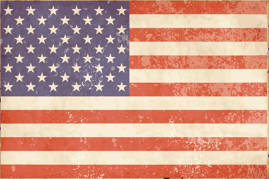 It’s taken me days to get my head around this, to decide whether to write and what to write but it’s Sunday now and the epiphany was Wednesday.

Before that, long before that, in 1993 I took my first trip to the United States and spent some months in Dallas, Texas with three of my friends from University on our ‘elective study’ as part of fourth year dental school.

Even for four boys (two raised as Catholics and two raised as Protestants from Glasgow) the degree of bigotry in Texas was staggering to behold.

For a generation before us it would have been unthinkable that boys from our background would have headed together, as close friends, on a trip like that and showed that there had been at least some progression in the west of Scotland.

Stepping into Texas, on reflection, was like stepping back in time.

Four other times I visited north America and every time I had a good time but then I was a white male dentist, so then seen by anybody there with influence as being ‘acceptable’.

I happened to be in the United States with my pregnant wife when the towers came down and shared a hotel lift with an old white lady whose response to the attacks was “to nuke the b@st@rds”.

When I asked her which b@st@rds she was referring to, she answered the Arabs.

During that attack in 2001, I read that the attackers had targeted one of the planes at the capital building.

Ironic that last Wednesday it was the United States themselves that tried to destroy it.

Leaving aside the issues that the people that entered the building on Wednesday night got there because they were white and seen as ‘less threatening’, it took me a few days to figure out, in my own mind, how we got to that point.

America was broken in 1993 when the four of us travelled there and held together by sticking plaster at that stage.

One of the things that’s happened since is the explosion of cocaine fuelled megaphones called social media which has allowed us to fragment society’s like ours and theirs at a faster and more explosive rate.

Worth remembering that the United States elected a caricature as a president long before Donald Trump and perhaps if Ronald Reagan had access to twitter it would have reached this stage faster than we did.

But in that is perhaps, for me, one of the greatest issues that we have.

For people of power and influence to be able to reach 10’s of millions of people with short, terse messages in capital letters and underlined is one of the biggest problems that society encounters.

When do you think we will start looking at social media like we started looking at cigarette smoking?

It’s not so long ago that someone could smoke beside you in a restaurant and blow the smoke over your food, do that now and all hell would break loose.

Everybody who reads this knows that at some point they will post on social media images or thoughts of themselves which don’t entirely represent how they feel or look or think.

Donald Trump was able to start the pebbles of a landslide of a revolution on the 6th January with just a few characters typed into his phone.

I am convinced though, that later down the line and perhaps when I am dead, one or two people will think that I pioneered an approach of managing the addiction of social media to the benefit of mine (and I hope my family’s) health.

Trump was removed from most social media platforms but not by the authorities but by the social media companies themselves.

The real answer is you and only you.

The next time you decide to post something on social media which represents you in a way in which is not anything other than completely true, then don’t.

The next time you read something on social media form someone which seems to misrepresent ideas or other people or being any way toxic, then switch them off.

The next time someone uses capital letters in a social media post, cast them out.

You wouldn’t have anything to do with people who shouted in your face in real life, don’t do it here.

I really look forward to seeing you face to face soon, all the better to see what you really feel and think.