Drops in the ocean 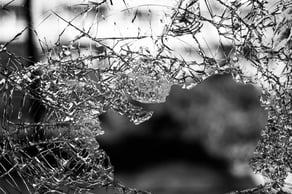 Front page of The Times, Sunday 15th May. Jeremy Hunt (the man whose name was often mispronounced as he was in charge of the NHS).

It announces that he’s releasing a memoir which tells how he tried to save the NHS singlehandedly but was unable to do so due to the fact that the service was beyond one man’s intervention.

He went on to explain the ‘cover-up’ culture over avoidable deaths.

If anyone was paying any sort of attention 5 years ago, Matthew Syed’s book Black Box Thinking highlighted all of this in extraordinary detail and the solutions that were required to fix it.

That was during Hunt’s tenure, I wonder if he read it?

None of this detracts from the fact that were you or I put in charge of the NHS tomorrow we would find it a difficult thing to fix.

From time to time I’ve had the privilege of speaking to people who are at the highest possible levels in that world and it’s just a battle of conflicting ideologies and ideas and principles which struggle to get anything done in the correct direction.

Little point in exhibiting leadership when there are a hundred thousand leaders.

Maybe in the middle of the hyper-object that is entirely unfixable, what we require is a hundred thousand leaders.

Maybe we require all of us to begin to understand that in order to fix this broken system everyone will have to sacrifice, I mean everyone.

Recent data suggests that by 2030 at the absolute latest 55% of the UK will be clinically obese.

It’s probably time for all of us to start to do as much as we can to fix the problems we’re seeing on a day-to-day basis.