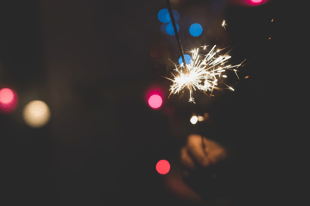 Some years ago, I remember reading a blog by Chris Barrow about New Year and the start of January and how difficult it was going to be to replicate anything that you’d done the year before.

Typically, at this time of the year people reflect back on what’s happened and make their plans for moving forwards.

If you’ve had the worst of years (as so many people have had), it can be hard to think about how the hell you’re going to get through even January let alone 2021.

If you’ve survived, you’re probably exhausted, and the Christmas holidays haven’t helped you because you probably descended into excess and most likely alcohol and now as you look forwards you think “how the hell am I going to get myself up again and through this”.

The optimism and possibility and hope that we seek at New Year is much less available to most people than it has been in the past.

I know this time of year well; I have lived it over the past few years both in and out of work.

I deliberately schedule my three sabbatical years to run over and into this time of year and to push me out of work until February to see what the world looked like without the stresses and strains of trying to achieve things again.

The only choice we have, the only option available to us is to double down or stop.

For many, the option to stop is simply not available (or at least doesn’t look like it’s available from the vantage point that people have).

So, it’s time to double down, to redouble our efforts into making things better, both for us and for our families but mostly for society around us.

If you’re struggling badly then strip it back to it’s basics and move away from the collection of shiny, bright objects and mainlining Netflix that’s supposed to make us all so happy at the moment and invariably never does.

If you’re doing better than that then look for someone who isn’t.

It only takes all of us to help one or two other people and everything would be better.

I’ve got no idea what this year is going to look like, but it won’t be boring and there will be joy in lots and lots of places, if only we’re prepared to pick up the stones and look for it.

Most of us get the Christmas we deserve, most of us the New Year we deserve too, there really is no point in all of us complaining about the darkness of January if we’re not prepared to spread some light into that darkness to make it a little bit better.

I hope to see you on the other side, where face-to-face contact and humanity will feel ever more precious and better and better than it did before.

Let’s hope this time when we have it returned to us that we can treasure it a little bit more than we did.