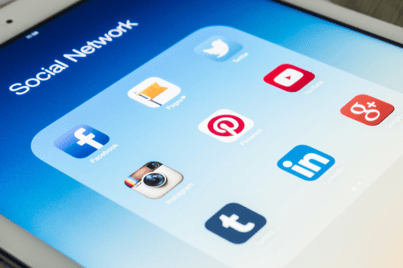 Perhaps one of the most distressing things that has happened to dentistry through the COVID pandemic (god am I sick of talking about this) is it’s representation on social media.

This will seem rich coming from someone who does not engage in social media activity and is looked upon in many quarters as a hermit who lives in a cave on a hill with no idea about modern society!

Even I, though, have been made fully aware of what dentistry looks like to outsiders who have had views of some of the stuff that’s been posted electronically.

What must we look like to people who are not us.

It’s clear that dentistry wanted it’s cake and to eat it’s fellow until it’s belly was about to burst.

We wanted to be healthcare professionals and entrepreneurs and pseudo celebrities with footballers’ lifestyles.

(Clearly this does not apply to everybody in dentistry, but it does seem to apply to those who make the most out of social media).

The difficulty is that those who shout the loudest get the most attention in the short term and there is no question that there are some people who have tried to make their name through the pandemic with as much electronic communication and publication as possible.

While I understand that may seem ironic to someone who’s writing this in a blog that publishes daily, it had published well over 2000 posts before anyone had ever heard of COVID-19.

The sad part is that we now seem to find ourselves within a profession where there are many people who do not want to take the risk of being a healthcare professional and standing on the front line and treating patients who need our help but want to take the rewards that are supposed to come with that.

Sadly this is not been mimicked through medicine which acts as a mirror through which we would like to see ourselves yet can’t because we’re not the same.

If you would like to do a short experiment to understand the impact of what is going on then take four weeks off social media and then return and see what it looks like.

This is a strategy advocated by Cal Newport in his book Digital Minimalism.

In the middle of the pandemic I was trying to set up some Zoom calls with some local Practitioners so we could share ideas about ways forward and share information that we’d received.

I was surrounded by self-proclaimed experts, COVID celebrities and superstars.

It’s clear that people post things on social media and then have a cohort who reply to them (their supporters) but other people watch these conversations and their anxiety increases exponentially.

Generally these people have no other mandate than having more followers on social media which isn’t really a good indication of someone’s intentions or indeed their expertise.

Sadly again though, many people feel it’s their only channel of information (this is simply not true) and feel that they have to look on social media to keep up to date before they miss things that might help them and give them a commercial advantage.

I have fielded countless telephone calls and messages from people who are panicking because of something they’ve seen on social media.

This will certainly not be fixed and will not get better, not anytime soon but I suppose one of the best ways to try to fix a problem is first to identify it.