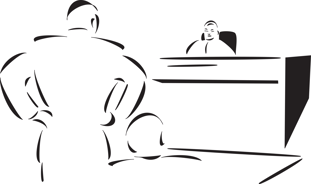 It’s beautiful this, all life is here.

A couple of years ago I wrote about a speed awareness course in which I didn’t get an awful lot out of expect for lots of blogs and lots of people watching and evaluations of the world.

Today I went to ‘court’, two and a half years after someone ran into the back of my car on a motorbike and was able to get a goldfish bowl view of exactly how the legal system is running at the moment.

I was basically being sued by someone who said I didn’t take enough caution in driving my car forwards before they ran into the back of me and if you’ve not been involved in civil action legal cases before, you must understand that all emotion has to be removed because the process has no emotion.

Almost comical though as we signed into a secure platform (basically teams) with the court usher making sure everybody was there: the claimant (the person who ran into the back of me), the witness (an old man who’d been present on the side of the road and his wife for support) and me.

The usher doesn’t turn the screen on obviously and it’s a lady who talks to you and later the barristers arrive and finally the judge comes in and out.

This has been running for 2 ½ years and I had a conversation with the solicitor for the insurance company approximately 2 weeks ago to ask how likely it would be that the case wouldn’t actually go ahead.

Tuesday is my surgery day and I had 3 large surgery cases booked which ultimately had to be cancelled to make way for this court case which was scheduled to run between 10.30am and 1.30pm.

I was advised though that I had to keep the whole day free because anything could happen but knowing these cases as I do, it was clearly obvious that it was likely to be settled before the first bell and so it was.

Luckily I'd kept my afternoon in place because even after it was settled, we had to remain ‘available’ in case the barristers couldn’t agree on the wording of the settlement which ultimately was agreed by about 11.15am and so no one will take responsibility for suggesting that it’s likely to be settled beforehand and no one will actually give you the facts and you can't speak to a barrister beforehand who’s ultimately the one who says it should be settled.

In the end the case is settled 50/50 (despite the fact someone ran into the back of me), the reason for this is that they said that I wasn’t signalling to turn right, and I can’t remember seeing the person behind me so if I don’t lie and they say I didn’t signal then I’m half to blame for someone running into the back of my car.

In the end it doesn’t matter because nobody died (or was even hurt) and so the best thing to do is to have a conversation with the barrister at 10am and when they ask you if you’re happy to make it go away for 50/50 say yes and decide to do something else with the time that becomes available which is much more positive and productive.

The truth is these things are laced in emotion and that gets in the way of being reasonable.

I’ll do a few parts to this because the second observation is about zoom poverty and I’ll talk about this tomorrow, the third is responsibility poverty which I’ll talk about on Thursday and the fourth is what to do when time becomes available that you never had before.