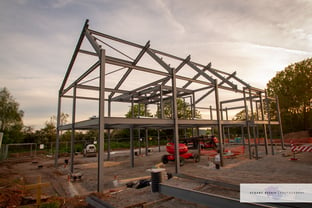 …It was a year ago today.

Friday 31st January, I stood up in front of an audience at The Campbell Academy for the first ever work engagement at the new building.

Obviously, hard to believe what has happened in the interim.

No one is untouched from this year and everyone has a story to tell but it seems to me that I have lived 100 lifetimes in 525,600 minutes.

I think what that goes to show though is that the trick of how to survive when things get difficult is in fact to survive.

I’m writing this on Friday 29th which is day 2 of our Year Implant Course, last April I didn’t think we’d ever have a year long course again.

This year we plan to run two year-long courses, probably because we managed to carry on when we thought we wouldn’t be able to carry on.

Historically, Shaun and I recorded a podcast, but we haven’t been able to do one in the last year for various reasons.

I think Shaun has been too busy doing a masters in ethics and to be honest I was too ashamed.

In discussion with Shaun before the lecture today, I asked him if it would be possible to do one or two podcasts of him ‘interviewing’ me; to talk about the build process and the overall process of moving to the new site.

I want to tell the story honestly now; I want to tell it truthfully and I want to be able to share it with other people so they can learn from what happened to me and to us.

I want to write it down and publish it in an eBook so it’s there forever, for people to read in case they decide to do something like this themselves.

In the first instance though, I need to say it and so it’s taken me 525,600 minutes to reach the point where I can talk about it.