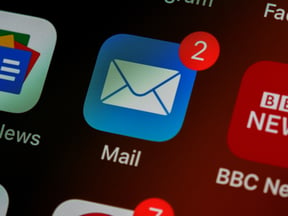 Friday afternoon (when I’m at my best) is close-up for the week and empty the in-tray.

Of course that never happens but it’s a laudable goal to set.

Last week (as part of my chronic procrastination strategy) I was just doing some emails and I dropped one into my ‘new practice info file’ on apple mail.

The new practice info file was the one that I set up on the 7th of December 2017 ahead of the completion of the purchase of the land which I’m now sitting in, one story up in my office in the new practice.

And so, we completed on the 8th of December 2017 (I got a phone call while I was in Argos in Nottingham buying something for my wife’s birthday- classy guy).

But this started an email-box which now has 365 messages (11 of which are unread). This doesn’t seem like a great deal.

Turns out though that every message has about 5 messages in it and none of these messages are straightforward.

These are likely to be the messages that plot the course of the route from buying the land to where we are now and the latest one is from the 06/07/2021 which is titled ‘AC Unit Leaking’.

It’s just a metaphor though for the amount of information that gets fired at you from the firehose with any sort of project that you undertake.

That accounts for a significant message which works out for about 2-3 hours work every single day for a year.

Be under no allusion that when you take on any project of any complexity, you’re in for a big inbox.