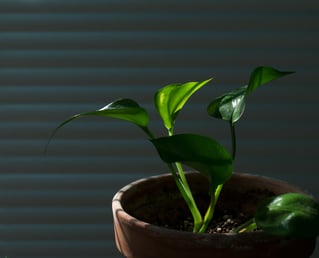 Where were you a year ago today?

Everybody will write everything about this and there will be trillions of bits of information all around about the fact it's been a year from when we locked down.

It wasn’t terrible immediately for most people but it was pretty bad here.

We were in the midst of a tricky time at the end of the build process and I had been saying for ages that we weren’t going to shut until the very last moment but the weekend of the 20th and 21st (Friday and Saturday), it became apparent what we had to do because we just couldn’t guarantee the safety of the people that worked with us.

And so, on the morning of the 23rd, we all met in the reception of our beautiful new building and picked up the plants and walked out of the door (there were tears).

It was uncertain for everybody and it was carnage on all of the online discussions and forums as everybody thought they were going to go bust and then as things settled down and furlough emerged and the NHS contracts were paid up and the plan payments continued to come in, everybody relaxed a little bit.

We had no NHS contract and no plan payments and some pretty big bills coming in for construction.

For many people in our industry they settled into an unprecedented time with their family and good weather in their back gardens, mostly staying safe (apart from some high-profile tragedies)  and enjoying some down-time that they’d never known in their busy working lives.

For us, we tried to plot to stay alive.

For me, it was a time of conversations with the bank about the possible repercussions of the problems we might find ourselves in.

It was a time for regret for the fact that I hadn’t build a private dental practice full of practice plan patients but I'd taken a different model which at the moment looked a little bit like hospitality.

The things I wrote about a year ago are locked forever but still too difficult to talk about really, even though I’ve had a couple of attempts to do so.

Nobody is out of the woods of the pandemic yet (even if you think you might be), there is much left to play out here but the fundamental basis of how we got to where we were will remain and I

hope that this will stand us in good stead.