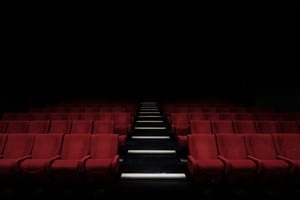 The March movie in cinema club was Stuarts choice and we haven’t gone through it yet because I only finished it at the start of April.

My 12 for 21 project has fallen behind disastrously and I’m failing at every angle, I’ll just about manage to hit 4 movies for 4 months but I’ll struggle to hit 2 1/2 written books and 2 1/2 audiobooks and I haven’t done a single album yet.

I knew nothing about this movie although it was a relatively big deal when it came out, in fact, it won an Oscar for best makeup and hair which is a little bit ironic based on the subject matter.

It’s based on a true story, as much as any of these types of movies are ever based on a true story with the artistic license that goes with them, but I feel that you’re able to get a sense of exactly what was going on in the circumstances that are portrayed within the film.

It’s harrowing, especially for a man to get an insight into what it might of been like in those circumstances, but funny because it reminded me somewhat of the doping culture in cycling and I had discussions with people about that afterwards.

There was a culture of ‘casting couch’ and women were sexually harassed left, right and centre and this was the norm.

The way it’s portrayed in the film is that it was acceptable to some women but generally to most of the people who suffered the abuse, it was harrowing and disastrous.

It took different people to stand up in different ways to break the chain, which in the end was broken when Ailes was ‘sacked’ and paid off with tens of millions of pounds by the Murdoch’s but the main leadership team were held in place and they had been complicit in everything that was going on.

The way I read it (saw it) was that it was the pebbles that started the avalanche that brought down Harvey Weinstein.

In a world where bigotry is highlighted more and more, it’s very difficult for people who are not the subject of such bigotry to understand what it might be like but movies and art like this give us some insight and some help to do that.

As I do with all of the cinema club movies, I went back deeper into it; to see what was going on and of course ‘in all true life’ stories there are some contentions and some issues with the people who were subject to the problem, saying that they weren’t quite as well represented in the movie as they would like.

Maybe a little bit like Bohemian Rhapsody where the timelines for what happened to Freddie Mercury are all wrong and out of sync but worked better for a short film that it does perhaps in a book.

With that said, it was a brave movie to make.

It didn’t quite get the audience in the United States that it was looking for so, didn’t quite gross what it was expected to do, even with the big stars but that’s not unexpected based around the backdrop of the attitudes in that country.

As always with these things, it would provoke some discussion in my house and particularly with my daughters and that’s good because in the process of trying to teach them how to think, not just what to think, it’s just another little brick in the wall.