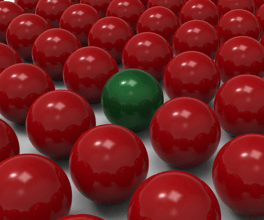 It was the year after Stuart and I formed cinema club which has been decimated by Covid.

That year I was going to watch 12 movies and read 12 books and listen to 12 albums that were new to me and hold myself accountable by writing them in the pages of the blog which I had newly started.

The rational behind doing this was because my life had gotten too busy and some of the little things that brought me the greatest amount of joy had been side-tracked as the ‘tide came in’ and time disappeared.

In 2011 I was two years into being a practice owner and a victim of my own success. I was so busy that I had no time to do anything and I couldn’t pay attention to myself or my family or my friends.

As I forced in time for my family and even a little bit for my friends there was none left for me and so 12 for 12 was born to try and make it a little bit better.

In 2018 I embarked on the build for the new practice and a similar thing happened again and this year I’m going to force some space for things that make it better for me but also things that make me better as a person overall.

As luck would have it over the past few days, I was introduced to a book called Range which is by David Epstein much more of which I’ll write about as I go forwards because already at the early start of this book it is fundamental and important in the way that I see the world.

My wife says that every book I read is the best book in the world, but I’m touched by things like books and they make me into a more rounded individual, with a broader view of the world which is exactly what Range is about.

While I specialize in so much on my own physical clinical work, I want a much broader perspective on everything else and culture and movies and music and literature all do that for me.

In the research for this post, I looked at the best way to seek the information for the things that I want to see and hear.

I’m going to subscribe to three different magazines, all to be delivered to the practice which can be shared amongst everyone who works there and even delegates who come on academy courses.

At the moment the front runners are Wired and Empire and The Face but I’m happy to have any recommendations from anybody who might read this.

I’ve got 48 things to do next year to tick off and if I manage to do those, I’ll be better and feel happier than I did at the start.

The key here is ‘happier’ and not happy.

Happy is not a destination and you never stay happy for any length of time.

Happier is a journey and using Tal Ben-Shahar’s ‘happiness boosters’ you can add the little things to make yourself feel better and more creative and more adaptive and more rendered.

12 films with Stuart whenever possible but if not then knock the new 12 films off even watching them at home with my children (my wife hates movies).

12 albums of new music that I wouldn’t have listened to before but not just listening to them once and not liking them but picking an album and listening to it repeatedly until I know as much as I can about it and the backstory for the album too.

Some fiction, some nonfiction. Ideally half and half.

Please steal this or steal this idea but hold yourself accountable in some way or another so that you force the space into your life to do the things that make it nicer and that make you feel like you want to make a difference.