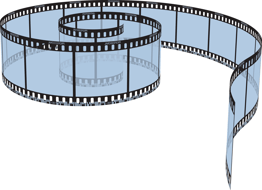 A beautiful Day in the Neighborhood.

It seemed to me that Fred Rogers was a weirdo.

It also seemed a bit bizarre that in the quest to carry on our cinema club between Stuart and I where we watch a movie every month that one of us chooses and the other one doesn’t know about; he posted a copy of A Beautiful Day in the Neighborhood through my door.

(A DVD was the least expensive way to watch the movie apparently).

This goes big on reviews though, in fact Tom Hanks was nominated for an Oscar and a Golden Globe for his role in the film.

In the film (based on a true story) he portrays Fred Rogers who was a Presbyterian minister, who hosted a children’s television show in the United States from 1968-2001.

It’s got all the hallmarks to me of a terrible movie and yet it was wonderful and heart warming and inspirational and just the right thing at just the right time (which is usually what Stuart does with movies because he has a gift).

Rogers was a religious man who hosted a children’s tv show to explain to children that it was alright to feel sad and angry and how to cope with different emotions through life, including problems with friendship, problems with parents and divorce.

In one of the most heart warming scenes in the movie, the whole of a subway carriage sings the theme tune back to Fred Rogers as he sits there with the broken journalist who is the centre of the story, who is ultimately convinced to ways of a better life but a man who doesn’t raise his voice and seems altogether too good to be true.

Rogers swam every single day, wouldn’t eat meat (“I can’t eat anything that I think has a mother”), played the piano, loved his wife and struggled to raise his two boys (“my youngest boy really tested me”).

Maybe that’s other-worldly because we don’t live in that world anymore and maybe because of that and because of right now it would do nobody any harm to watch this film with a friend.

It’s hard to do that because it starts to feel a little bit like a job but what it does do is take you into stories like Fred Rogers and places like that, that you would never otherwise go to.

It ‘forces’ you to find out about other things that are outside of your circle and for that any effort it takes is probably paid back a thousand-fold.

I’ll write these little things and if I do make it there will be 48 this year. Not many people will read them but if you do like it then let me know and if you’ve watched it and you agree or disagree then let me know too because that would be part of the joy of doing it.